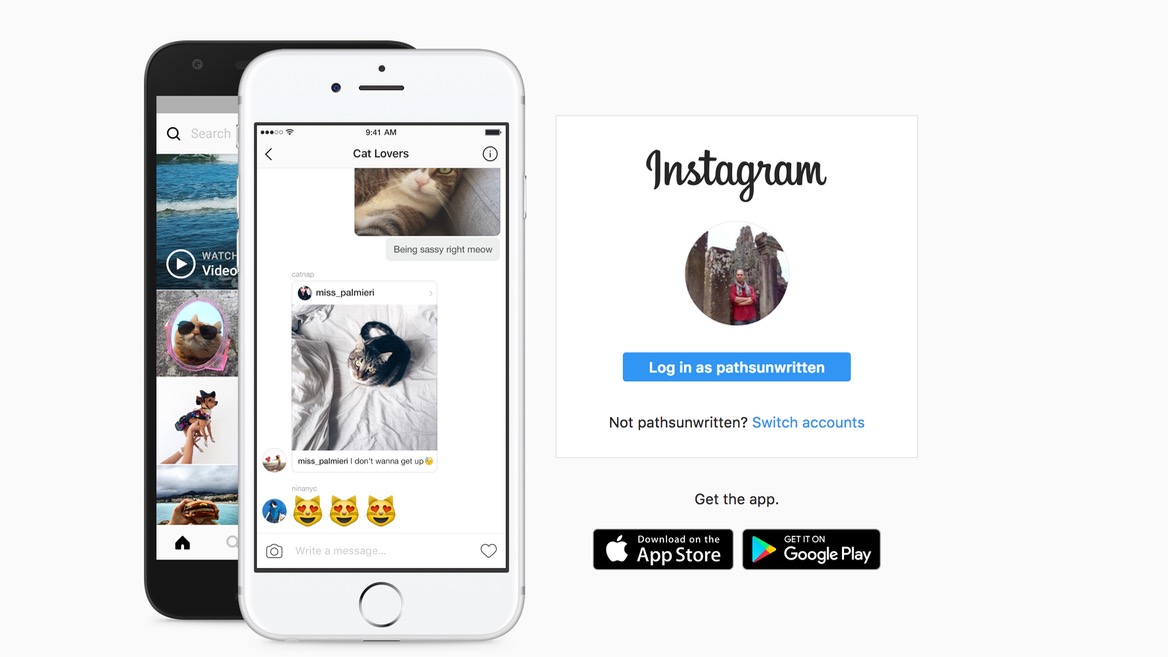 So your company or brand has decided to embrace the trend of social media in an effort to extend its branding into further online markets. You’ve created a Facebook Page. You secured your desired Twitter handle. And perhaps most importantly, you’ve created a dedicated blog to showcase in detail news and happenings headlined on these mediums.

What is it? In short, it’s a photo-sharing social media service hosting around 300 million active users.

This was the biggest issue I had with Instagram for a long time. I would see pictures posted to personal and company Facebook profiles via Instagram. ‘Why not just upload them to Facebook if you’re going to put it there anyway?‘ I would ask myself.

After a long time of wondering and leaving Instagram in the background, I finally received a satisfactory answer. Images (and links, updates, etc.) posted to Facebook stay on your page or profile. They are only seen by the audience you already have, and, with the rare exception that something is spread virally, a few others.

Instagram photos aren’t limited to this sort of audience. Using a hashtag (#) topic markup system very similar to that of Twitter, anyone who is subscribed to or searches for that topic is going to see your photo. Tagging your photo with something as broad as #automotive or as specific as #steeringwheel will get you different audiences and exposure. And after all, isn’t that the point of putting such posts out there?

While Twitter was the first and most successful to breathe life into the hashtag sharing system, it remains a text-centered platform. Of course it can do photos, but it’s not optimized for them, often cutting down the original photo to as much as 1/3 the original height dimensions. Twitter was made as, and remains, a platform for sharing short ideas, headlines and links.

Meanwhile, Instagram maintains a wholly visual interface. While each picture can be tagged, given a description and commented on, this only comes into view once the photo has been clicked and enlarged. In a marketing context, this gives businesses the opportunity to put their best face forward, quite literally, to draw interest.

And for those who might be irked or put off by the unorthodox square pictures, Instagram has recently begun allowing landscape and portrait photo dimensions as well.

One significant condition to keep in mind is that, since its launch in 2010, Instagram has been an almost entirely mobile platform. Yes, you can access the website and interact with yours and others’ photos via desktop. However, new photos can only be uploaded by the mobile app, and not through a PC web browser. There are some unofficial desktop apps that work around this, but I would hope to see this change for the better. But, considering it hasn’t in 7 years, it seems unlikely.

In spite of this, getting started proves to be simple enough. Download the mobile app, sign up with an email, link with your Facebook contacts (as it is the same company) that are likely to include a good number of business contacts, and then you are ready to go. Take a new photo or choose from your library, choose a filter or don’t, and post.

Just be sure to add some hashtags if you want to get it out to new audiences.