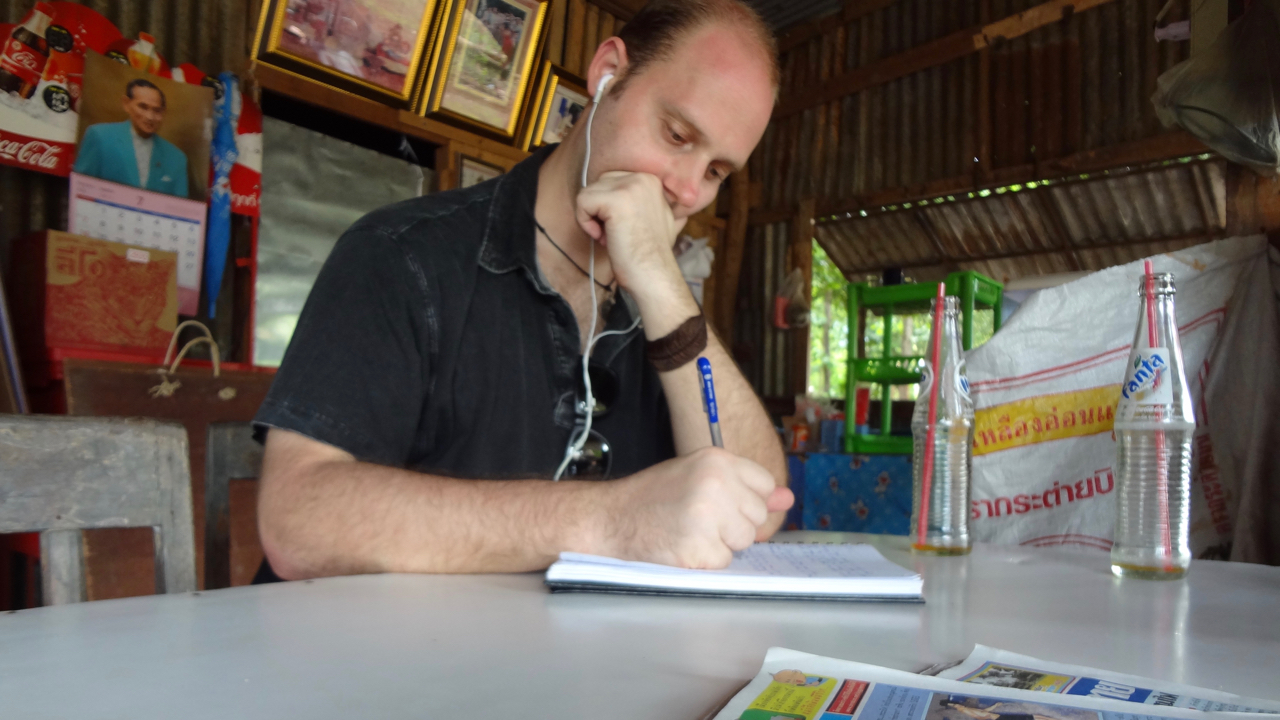 “It’ll likely be a fairly modest endeavor,
as it remains to be established that I have much meaningful to say.
So, here’s hoping that the readers
will find something of value in these musings along the way.”

With those words, my father began his first blog back in 2009. Words that resonate in the shaky footing inherent in the first stages of any written endeavor and yet, convey its burdens and expectations. Anyone who has planned, begun, completed or even those who have ceased for whatever reason can understand this sentiment. And those are the individuals I hope PathWriters might eventually find among its audience.

Over the past however many years, I’ve found myself engulfed in the English language scene to varying degrees – editor, writer, ESL teacher, language quality assurance. But when it comes down to it, isn’t everything else a form of proofreading – making sure it’s correct and consistent for those consuming the language?

But 6 years ago, when I dove headfirst into the English scene in a foreign country, the real passion ignited. It was something I never fully encapsulated on Paths Unwritten. However, for the longest time, the tagline of that site was “throw yourself into the currents of the world.” It’s a philosophy I’ve tried to live by.

But when thrown into that scene, that is when you really being to notice everything around you. When surrounded by non-American speakers, I notice the different terms and expressions they use. When surrounded by non-native speakers, I notice the phrasings they use, either as simplified shortcuts or as something that can actually make much more sense. And amidst all of this, it’s very curious to take note of your own language changing as well. To this day, people tell me that I either sound very, very American or that they are surprised that I am American.

PathWriters aims to embrace all of this: language and how it can be use in a practical sense in the job market. Using it to travel, work, freelance and all those applications in between. And in that spirit, I will be openly documenting the process I take in establishing myself in the freelance realm. Honest opinions, reviews and experiences. If something becomes off limits, it will be made clear.

So use this site as a guide for your own move to freelancing. Or as entertainment and material to comment on. Or simply another way of stalking me. Any way you choose, let’s use PathWriters as a way to move forward together.

And that key wording is one mistake I hope to change this time around.

Two years after my father, I started my first blog with a similarly open-ended statement, “It seems fitting to start a story with no foreseeable end at a quite literal fin du monde.” I now see one fundamental stylistic difference between them – his reached out to his audience, it invited a community. Mine did not.

That is something I hope the audience will help me to change and they join me on this new endeavor. So I invite you, fellow pathwriters, to come along as observer or contributor, as company or companion. Perhaps our journey is the same, maybe they diverge, but I encourage you to write your own path